This is a AAVE Protocol Process Quality Audit completed on 18 June 2020. It was performed using the Process Audit process (version 0.3). It was updaed to v0.4 on 27 July 2020 and is documented here. The audit was performed by ShinkaRex of Caliburn Consulting. Check out our Telegram.

The final score of the audit is 84%, a strong pass. The breakdown of the scoring is in Scoring Appendix.

Any views expressed in this report by us were prepared based upon the information available to us at the time such views were written. Changed or additional information could cause such views to change. All information is subject to possible correction. Information may quickly become unreliable for various reasons, including changes in market conditions or economic circumstances.

This section looks at the code deployed on the Mainnet that gets audited and its corresponding software repository. The document explaining these questions is here. This audit will answer the questions;

The contract addresses are in the “Deployed Contracts” section of the Developers docs, see Appendix: Deployed Code. They are available at Address 0x398eC7346DcD622eDc5ae82352F02bE94C62d119. This Audit only covers the contract Lending Pool contract, created on Jan 8, 2020.

They are available at Address as indicated in the . This Audit only covers the contract LendingPool.

Is the code actively being used? (%)

Activity is clearly in excess of 10 transactions a day, as indicated in the Appendix.

40% More than 10 transactions a month

10% Less than 10 transactions a month

Are the Contract(s) Verified/Verifiable? (Y/N)

Does the code match a tagged version on a code hosting platform? (%)

In fact, I found some differences in the open zeppelin libraries but I assume they were using earlier versions. The differences do not appear relevant. The AAVE developed code matches 100%. There is no release zip as the GitHub repository seems to exist just for the presentation of the final contracts. In fact development was done on private repositories.

Deployed contracts in the following file;

A Clearly the AAVE was not developed in this GitHub, see Appendix: Healthy GitHub. In fact it appears by looking at the 34 commits it appears that this GitHub was created as the protocol neared completion as a neat place to present the finished product. The OZ Audit report mentions they use a private repository. For this reason we give a score of 70%. We believe the healthy repository exists but we cannot see it and the auditor prefers public development.

​How to improve this score

Ensure there is a clearly labelled repository holding all the contracts, documentation and tests for the deployed code. Continue to test and perform other verification activities after deployment, including routine maintenance updating to new releases of testing and deployment tools.

This section looks at the software documentation. The document explaining these questions is here.

Is there a whitepaper? (Y/N)

Do the requirements fully (100%) cover the deployed contracts? (%)

All of the external functions of LendingPool.sol were commented in the GitBook.

Code examples are in the Appendix: Example Code. As per the Software lines of code Appendix: Software Lines of Code, there is 65% commenting to code. Especially when considering the developers gitbook commenting, the comments in the code are very good.

This score can improve by adding comments to the deployed code such that it comprehensively covers the code. For guidance, refer to the SecurEth Software Requirements.

​The gitbook places plain english explanations directly with the functions being called. It details the variables and places everything in context with the design requirements of the design. It give traceability at the function level, which is very useful but not at aerospace standards as yet

This score can improve by adding traceability from requirements to code such that it is clear where each requirement is coded. For reference, check the SecurEth guidelines on traceability.

This section looks at the software testing available. It is explained in this document. This section answers the following questions;

​ There are a significant number and lines of tests in the test directory. There are over 30 test script files, scenario tests and others. As per Appendix: Software Lines of Code, there is a 231% test to code ration. The test reports indicate significant test coverage. There are defined scenarios being tested.

Code coverage (Covers all the deployed lines of code, or explains misses) (%)

The results of the code coverage tests are in the coverage directory. The Appendix: Coverage Report indicate a 94% statement coverage. The report coverage of statements, lines, functions and branches. It is not 100% coverage, but the results are high.

​Scripts and instructions to run the tests (Y/N)

Add the scripts to the repository and ensure they work. Ask an outsider to create the environment and run the tests. Improve the scripts and docs based on their feedback.

Packaged with the deployed code (Y/N)

​Tests are in the GitHub test directory.

Report of the results (%)

The results of the coverage tests are documented in the coverage directory. The test results summary is in this Appendix: Coverage Report. It describes the resulting coverage for statements, branches and functions. There are no explanations of misses or test process.

Add a report with the results. The test scripts should generate the report or elements of it.

No evidence of Formal Validation was found. This is still a rare type of test.

The addresses of the test network deployments are in the deployed contract sections, see Appendix: Testing Networks. Both the kovan and ropsten networks should recent activity indicating their continued use.

AAVE meets the standards for a 100% score as they have multiple audits with public results and fixes that were implemented. However, the auditor does not know what code was audited and how similar the deployed code is to the result of the audit. Therefore the score is 75%.

The author of this audit is Rex of Caliburn Consulting.

I was coaxed to go to EthDenver 2017 and there I started SecuEth.org with Bryant and Roman. We created guidelines on good processes for blockchain code development. We got EthFoundation funding to assist in their development.

Process Quality Audits are an extension of the SecurEth guidelines that will further increase the quality processes in Solidity and Vyper development.

Career wise I am a business development for an avionics supplier. 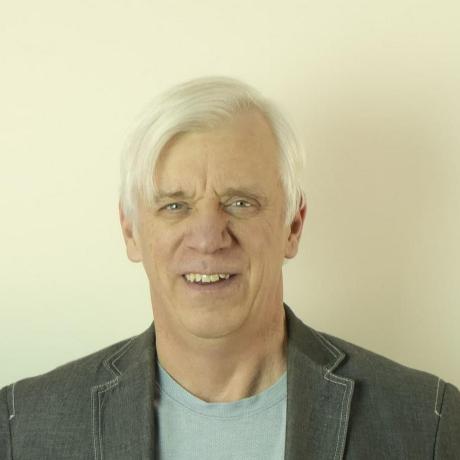